For many of us, 2020 was a tough year, but as a D2Ler, it’s gratifying to end it on a high note with the recognition that you made a difference. 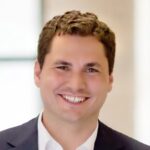 For many of us, 2020 was a tough year. I think it’s safe to say that the last few months have affected all of us in ways that we won’t fully appreciate until we’ve had some time to process it all.

But a few weeks ago, things started to get a little better. The announcement that COVID vaccines are on the way gave people hope. There’s a light at the end of the tunnel, and we can imagine things going back to some semblance of normalcy in a few months.

Like so many, D2Lers have spent the last 9 months working remotely to stay safe and reduce the risk for others. This is more than a little bit ironic – because at the same time we were helping millions of people around the world get online learning up and running, some of us are supporting the home-schooling our own kids. We built empathy on both sides of the big global switch to remote and online learning — as tech professionals and as parents. I’m really proud of what we were able to do and – more importantly – humbled that so many people trusted D2L to help their kids continue learning.

For these reasons — and many, many more — I am incredibly proud of our team. They came together, persevered and did the nearly impossible with better than 99.9% reliability. The people I work with did some of the best work of their lives, and it was inspiring to be a part of that.

And now that the dust has settled a bit, it’s quite remarkable that other people noticed just how dedicated and amazing my colleagues are, too.

Late last year, D2L was named the top employer in North America for our hiring and onboarding experiences. This was especially gratifying as we use our own learning platform to support the process, and the award places us ahead of major brands and giant global companies – it’s not every day you wake up to being #1 in North America across companies in all verticals.

Then, just a little while later, D2L won a very special honour in our own backyard. We were named one of the top employers in the Waterloo area. The award was given to us by Canada’s Top 100 Employers, a prestigious national competition now in its 21st year.

And the accolades didn’t stop there!

A few days later, Waterstone Human Capital named D2L as one of Canada’s Most Admired Corporate Cultures™. The program highlighted D2L’s success in creating a work environment that inspires employees to innovate, collaborate and excel.

We then won Gold for Best Advance in Technology for Virtual-Classroom or Conferencing Technology at the 2020 Brandon Hall Group Excellence in Technology Awards. This win highlighted our partnership with Texas Instruments on the Make an Impact program, a one-year development program that provides tools to help performance and growth.

And just when you think we couldn’t receive any more accolades, we did!

And the topper is this: it was announced that we also won two Learning System Awards for EdTech and Associations by the highly-regarded learning industry analyst, Craig Weiss. I could not be prouder of our people — our teams — at D2L who are making a real difference and truly changing the way the world learns.

So yeah — 2020 was a tough year. But as a D2Ler, it’s gratifying that it ended on a high note. To end it with the recognition that you contributed and made a difference in the lives of learners everywhere, and that you truly lived up to the mission and vision of the company.

So, to everyone who recognized our work last year — thank you. It means the world to us that you saw we made a difference.